35th Annual State of the City 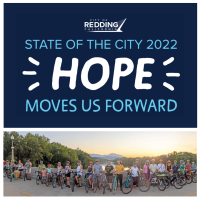 The 35th Annual State of the City Will Be Free and Open to the Public in Downtown Redding
The City of Redding and the Redding Chamber of Commerce present the 35th Annual State of the City in Downtown Redding on Friday, September 23rd at 4pm. The event will take place beneath the umbrellas at Umbrella Alley on Market Street and will once again be free and open to the public with some seating available. The program will kick off with musical performances by Shasta High School students. Redding Chamber of Commerce President & CEO, Jake Mangas, will speak about what’s new with the Chamber and Visit Redding before introducing Shasta EDC President, Todd Jones. The event will culminate with Mayor Kristen Schreder’s State of the City speech which carries the theme “HOPE Moves Us Forward”.
At the conclusion of the program, we encourage attendees to plan on remaining in downtown Redding to enjoy the Redding Roots Revival Music Festival, which will have one of the three festival stages set up on Market Street at Market Center. 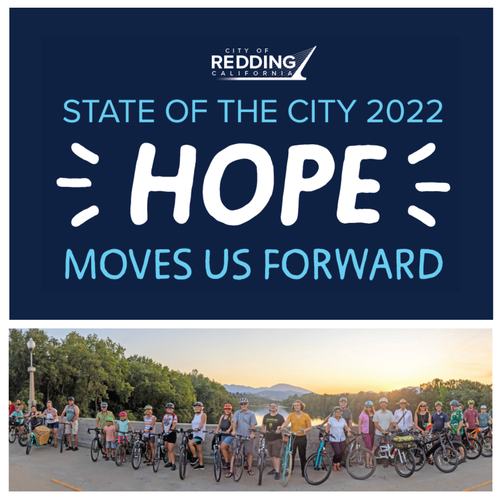 Friday
By Appointment Only